A thrilling tour for the Downhill MTB lovers all the way to Jarapalos.

We will get to the area known Arboretum Jarapalo, area which was used as tree nursery in order to repopulate those mountains since mid 20th century and over 20 years. The species trees that were used at the time were stone pine, Aleppo pine and maritime pine. This area covers over 22,000 m.sq. divided in 12 different plots filled with a hundred different species.

This place gets watered with a peculiar irrigation system. The water is supplied by a reservoir located at the highest part of the facility. Next to it, we will find the Calera de Jarapalo (Jarapalo’s limestone quarry), there’s a oven that was used to turn limestone into lime using heat.

Along the whole route, there will be forest roads y stone paved roads, easy trails and climbs which are not that easy, also good views of the Valle del Guadalhorce (Guadalhorce River Valley) and the Bahia de Malaga (Malaga bay).

Other details about this Tour

During our Guided Tours you will be accompanied by a professional guide, who will be able to deliver the guided tour either in English or Spanish. If you require any other language, please let us know.

Although is not included in the tour price, child bike seats are available upon request. To avoid disappointment, please, check price and availability in advance. 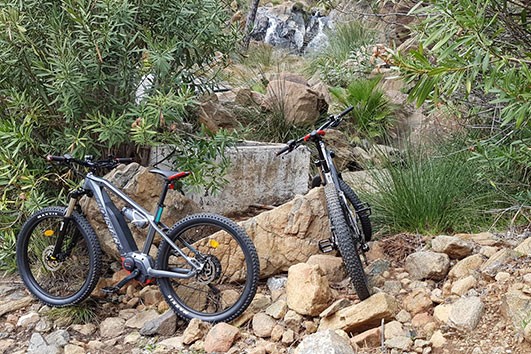 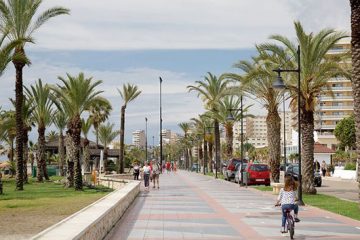 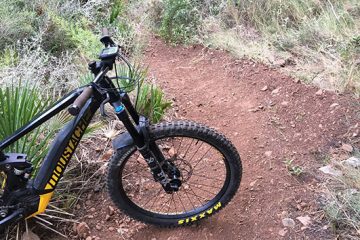 Without a doubt, one of the most

When bikes is the only thing you talk about every time you meet your friends, you start thinking about turning your passion into your lifestyle. We are that kind of guys.

sunbikes.es are 3 lovers of the world of two wheels who have met to make you enjoy cycling in Málaga as if you were a local rider.

Get in touch and join us on this unforgettable experience. Our slogan says it all: “From riders to riders”.